On Friday, September 27, 2019, I had the honor of being interviewed by the journalist and author Zsolt Bajnai for his wonderful blogSzolnok , which I read daily. This was my first interview in Hungarian.

On October 4–5, 2019, I will take part in the 24th Annual Conference of the Association of Literary Scholars, Critics, and Writers—this time in Worcester, Massachusetts! There, in addition to attending many sessions and readings, I will lead a seminar (in two sessions) on the nature of great literature and present a paper in Ishion Hutchinson's seminar "'He died in 1895. He is not dead': Frederick Douglass through American Poetry."

In October 2019. I will travel with my colleagues Gyula Jenei and Marianna Fekete from Szolnok to Dallas, where we will hold readings and discussions at the Dallas Institute of Humanities and Culture's Education Forum! These events are presented by the Dallas Institute's Louise and Donald Cowan Center for Education™. See the details here.

On July 25 and 26, 2019, I had the joy of performing "Maradok ember" (lyrics by Marcell Bajnai, music by 1LIFE) on cello, at the Dallas Institute's Summer Institute (the first time during my faculty remarks, the second time in the closing ceremony). Thanks to the audience for singing along beautifully in the chorus, and thanks to the Dallas Institute for making such things possible! You can see and here a short excerpt here.

My translations of five poems by Gyula Jenei and an essay by Marianna Fekete (about the haiku poetry of Béla Markó) have been published in Issues 11:3 and 12:1 of Literary Matters!

On June 14, 2019, fourteen of my tenth-grade students gave a terrific performance of several Hamlet scenes at the Verseghy Ferenc Könyvtár in Szolnok. Here is a video.

On May 25, 2019, seventeen of my ninth-grade students performed Rhinoceros and Rhinocerosn't (Act 1, Scene 1 of Ionesco's Rhinoceros and an unrelated scene of their own creation) at the National English Language Drama Festival in Veszprém. Here is a video.

On April 29, 2019, two colleagues, two language classes (Russian and French), and I put on a short concert during the fifteen-minute morning break. You can read about the concert here and watch a video of the highlights.

On Friday, February 22, 2019, I flew in from Hungary to give a reading at Book Culture in New York City. We had a lively discussion. Thanks to everyone who came!

On Thursday, February 14, 2019, I had two book discussions in Szolnok: first at the Széchenyi István Gimnázium, and later at the Verseghy Ferenc Könyvtár. Marianna Fekete was the beszélgetőtárs (discussion partner). Thanks to everyone who came and everyone who made this possible. You can see the poster here and a photo here. (Thanks to my colleague Fekete Józsefné for the photo.)

My most recent essay, "Choosing a College: The Virtues of a Good Misfit," was published in Inside Higher Ed on December 3, 2018.

One of my recent essays, "Reclaiming Liberty," was published in the New England Journal of Higher Education on November 26, 2018.

Mind over Memes was mentioned by NUVO magazine in the November 18 edition of its weekly series Conversation Piece.

Dana Mackenzie, co-author of The Book of Why, wrote the first Amazon review of the book.

Publishers Weekly reviewed Mind over Memes, concluding that it is "of interest to anyone who wishes to deconstruct the truisms that infect so much public discourse."

Ephrat Livni reviewed Mind over Memes—particularly the chapter on creativity—for Quartz. You can read the review here.

In Szolnok, Hungary, you can now purchase the book at the Szkítia–Avantgard könyvesbolt és antikvárium.

You can now read two interviews about Mind over Memes: one by the Dallas Institute of Humanities and Culture and the other by Book Culture.

My new book, Mind over Memes: Passive Listening, Toxic Talk, and Other Modern Language Follies, is now available! The wonderful bookstore Book Culture (536 W. 112th St., NYC) will be carrying the book; I will give a reading there on February 22. (Details to come.)

On Tuesday, October 30, 2018, the Dallas Institute of Humanities and Culture hosted the first event for Mind over Memes; I read from the book, engaged in dialogue with Dr. Larry Allums, and answered questions from the audience. Thanks to everyone who came and to everyone who made this event possible! You can read a Q&A here; a video will be available soon.

On Sunday, November 18, 2018, Massolit Books & Cafe in Budapest hosted my first Hungarian book event! I read passages from Mind over Memes, and then we had a lively discussion about language and languages.

On December 2, 2017, I began serving in a cantorial role at Szim Salom in Budapest. This is a great honor and responsibility; I look forward to fulfilling and growing within it over time.

I now live in Szolnok, Hungary. As of November 6, 2017, I will be teaching at the Varga Katalin Gimnázium!.

My essay "This Is a Resolution? A Letter on Bellow's Seize the Day" has been published in Literary Imagination, vol. 19, no. 3 (November 2017) and can now be viewed online.

Read three of my poems from October 2017: Tuesday Evening in Fort Tryon Park," "The Rays of Royal Hope" (A Sonnet in Three Acts), and Goodbye to a Guitar" (Villanelle).

In September 2017, I had the joy of attending three Budapest Festival Orchestra concerts: a church concert in Szeged and two synagogue concerts in Albertirsa and Baja. I look forward to many more.

My review of the Budapest Festival Orchestra's performance of Don Giovanni is posted in Hungarian translation on the BFO website!

I am honored to have been elected to the ALSCW Council for a second three-year term. (The ALSCW is the Association of Literary Scholars, Critics, and Writers.)

In May 2017, I spent two rich weeks in a residency at the Sainte Pulchérie Fransız Lisesi in Istanbul. I taught philosophy classes with Dr. Nimet Küçük, whose students have participated in the CONTRARIWISE international contests for three consecutive years. In addition, thanks to Dr. Küçük's planning, I attended two plays and a concert and visited many places in the city. On my own, I walked around and listened to musicians on Istiklal Avenue. Here is an article about my visit.

The video of my TEDx Talk (TEDx Upper West Side, April 26, 2016) is now up on YouTube. I criticize our cultural emphasis on takeaways, "the pocketable answer, the successful transaction, the surety squeezed from things unsure." With examples ranging from algebra to Hamlet to theatre reviews, I argue for uncertainty and questioning.

On September 25–26, 2015, I spoke at the 2015 Education Forum of the Dallas Institute of Humanities and Culture, along with Louise Cowan, Andrew Delbanco, Diane Ravitch, Bill Deresiewicz, Elizabeth Samet, Matthew Crawford, Dan Russ, and Ben Olguín. Here is a video.

CONTRARIWISE, my students' philosophy journal, is featured in my article "You Are Embarked: How a Philosophy Curriculum Took Shape and Took Off" (American Educator, Spring 2015).

See Anna Citrino's commentary—with quotes from Republic of Noise— on the importance of solitude and the relation of solitude to song.

On May 18, 2014, my students celebrated the release of their philosophy journal, CONTRARIWISE, at Word Up Community Bookshop in Washington Heights. The event featured readings, empirical Shakespearean experiments, philosophical improv, philosophical questions, surprise awards (including a Gogol Award, an H. G. Wells Award, and a Godot Award), a song, a cake, and more. See the descriptions on Chalkbeat and on Joanne Jacobs's blog.

In April 2014, I took part in a discussion of solitude on the BBC World Service's flagship discussion programme The Forum, along with award-winning authors Eleanor Catton and Yiyun Li and host Bridget Kendall. There is a podcast. (See also the Kate Chisholm's commentary in The Spectator.)

At TVS School in Mysore, India, students learn about the strengths of solitude.

Marise McConaghy, deputy principal of Brisbane Girls Grammar School in Australia, drew on my blog post "The Need for Eccentricity in Education" in an inspiring commentary on the school.

Reviews of Republic of Noise

Stella Schindler, "Attentive to What Lies Within," Humanum 2015:2.

Republic of Noise was named an Outstanding Academic Title of 2012 by Choice (American Library Association).

In 2011 I was awarded Hiett Prize in the Humanities, an annual prize given by the Dallas Institute of Humanities and Culture.

My article "Why Do We Need a Philosophy of Education? The Forgotten Insights of Michael John Demiashkevich" was selected as the Article of the Year for Volume 37 of the American Educational History Journal.

Sam Leith, "House of Flames," Poetry Review 99, no. 2, Summer 2009 (review of The Junction by Tomas Venclova, with commentary on the translations, including Senechal's). 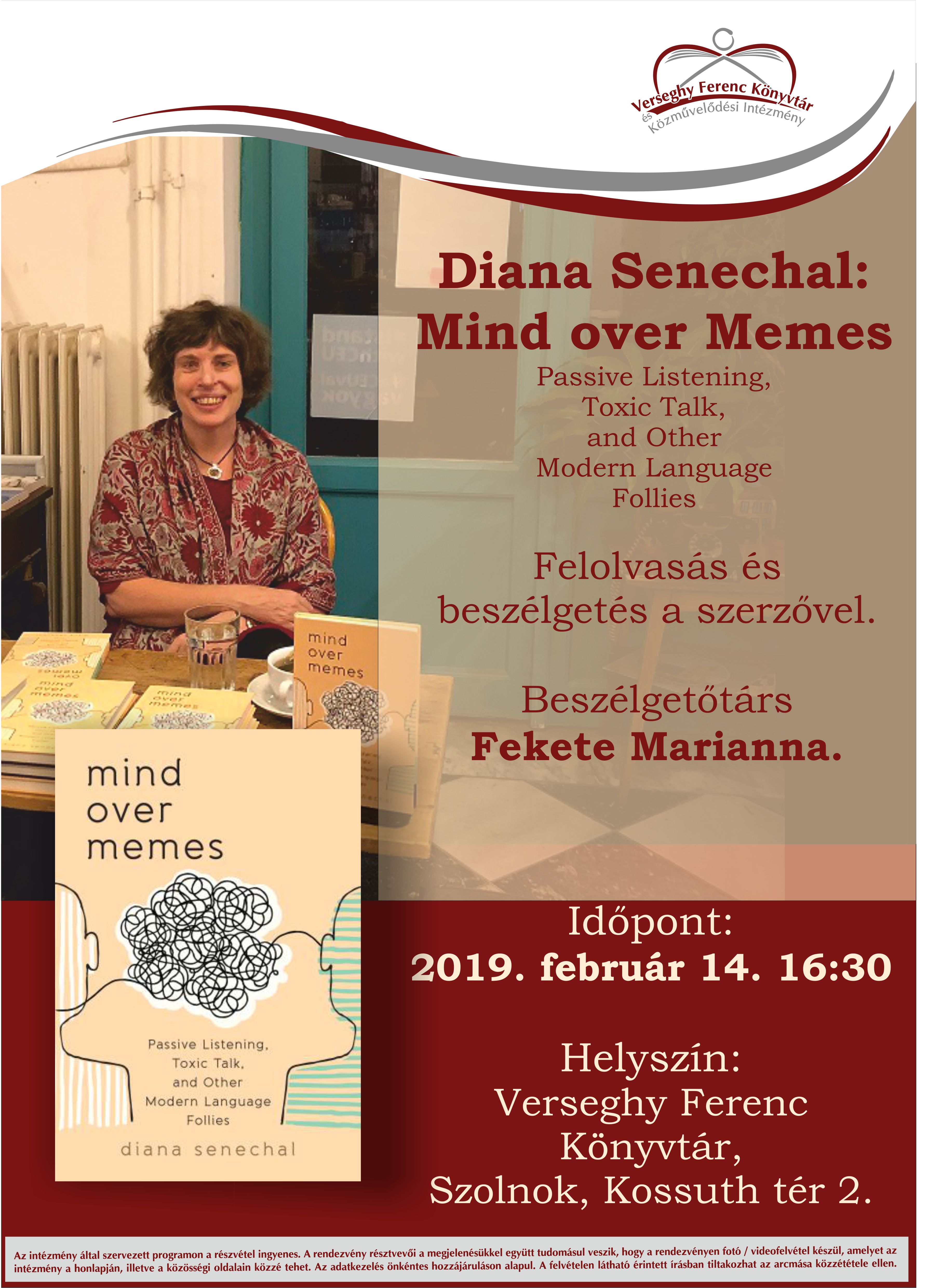