Four poems from Gyula Jenei's Always Different: Poems of Memory, translated by Diana Senechal (Deep Vellum, 2022) were published by The Continental Literary Magazine: "The Legend of Lobo," "Slap," "Litterfall," and "Passageways to God."

A book of Diana Senechal's translations of Gyula Jenei's poems, Always Different: Poems of Memory, was published by Deep Vellum on April 12, 2022.

Csenger Kertai, "Moon" and "With Greatest Ease," translated from the Hungarian by Diana Senechal, Modern Poetry in Translation, Spring 2022.

Csenger Kertai, "Redemption" and "I," translated from the Hungarian by Diana Senechal, Asymptote, January 2022.

Gyula Jenei, "Scissors," translated from the Hungarian by Diana Senechal. The Massachusetts Review, Summer 2021 (print only).

Marianna Fekete, "A Crack in Eternity? Béla Markó's Grass Blade on the Rock," translated from the Hungarian by Diana Senechal. Literary Matters, Spring/Summer 2019.

Tomas Venclova, Winter Dialogue: Poems, translated from the Lithuanian by Diana Senechal, with a foreword by Joseph Brodsky and a dialogue between the author and Czesław Miłosz (Evanston: Northwestern University Press, 1997).

"Breaking Glass: Curriculum 'Diversity' and Its Discontents," The Nation, October 13, 2021.

"Choosing a College: The Virtues of a Good Misfit," Inside Higher Ed, December 3, 2018.

"You Are Embarked: How A Philosophy Curriculum Took Shape and Took Off," American Educator, Spring 2015.

"The Folly of the Big Idea: How a Liberal Arts Education Puts Fads in Perspective," American Educator, Winter 2012–2013.

"Should We Educate to Meet the Demands of the Age?" FORUM: A Publication of the ALSCW, no. 5 (What Is Education? A Response to the Council on Foreign Relations report, "U.S. Education Reform and National Security"), Autumn 2012.

"The Spark of Specifics: How a Strong Curriculum Enlivens Classroom and School Culture," American Educator, Winter 2010–2011.

"Why Do We Need a Philosophy of Education? The Forgotten Insights of Michael John Demiashkevich," American Educational History Journal 37, no. 1 (2010).

"The Most Daring Education Reform of All," American Educator, Spring 2010.

Take Away the Takeaway (English).

"The God of More"

"Letters from a Doll" (Sestina)

"Repülőgondolkodás" (a sonnet in Hungarian)

"The Rays of Royal Hope" (a sonnet in three acts)

"Goodbye to a Guitar" (villanelle)

"Saying Something While Playing with Sonnet Form"

"What to Do in These Circumstances"

"Upon Returning from a Leave of Absence"

"Notes for a Course on Phonology," Yale Literary Magazine, Spring 1991.

On Monday, April 27, 2020, for a New Books Network podcast, Marci Mazzarotto interviewed Diana Senechal about Mind over Memes. Listen to the podcast!

On Friday, September 27, 2019, I had the honor of being interviewed by the journalist and author Zsolt Bajnai for his wonderful blogSzolnok , which I read daily. This was my first interview in Hungarian.

On Friday, February 22, 2019, I flew in from Hungary to give a reading at Book Culture in New York City. We had a lively discussion. Thanks to everyone who came!

On Thursday, February 14, 2019, I had two book discussions in Szolnok: first at the Széchenyi István Gimnázium, and later at the Verseghy Ferenc Könyvtár. Marianna Fekete was the beszélgetőtárs (discussion partner). Thanks to everyone who came and everyone who made this possible. You can see the poster here and a photo here. (Thanks to my colleague Fekete Józsefné for the photo.)

On Tuesday, October 30, 2018, the Dallas Institute of Humanities and Culture hosted the first event for Mind over Memes; I read from the book, engaged in dialogue with Dr. Larry Allums, and answered questions from the audience. Thanks to everyone who came and to everyone who made this event possible! You can read a Q&A here; a video will be available soon.

On Sunday, November 18, 2018, Massolit Books & Cafe in Budapest hosted my first Hungarian book event! I read passages from Mind over Memes, and then we had a lively discussion about language and languages.

On April 26, 2016, I delivered a TEDx Talk ("Take Away the Takeaway (Including This One)") at TEDx Upper West Side. The video is here.

On September 26, 2015, I spoke at the Education Forum in Dallas. Here is the video (which includes my talk, Matthew Crawford's talk, and our panel discussion).

On June 29, 2015, I gave a presentation at the PLATO Conference in Seattle, in a session with Carl Rosin. The founding co-editors-in-chief of CONTRARIWISE, Ron Gunczler and Nicholas Pape, presented as well (Nicholas by Skype); current co-editor-in-chief Kelly Clevenson helped with technology. (Here's a photo from the second day of the conference.)

A video by the Dallas Institute of Humanities and Culture—about the future of the humanities—features interviews with three Hiett Prize winners—and a special appearance by CONTRARIWISE!

On September 13, 2014, in Snowbird, Utah, I delivered the keynote address at the Annual Meeting of the National Association of Schools of Dance.

In April 2014, I took part in a discussion of solitude on the BBC World Service's flagship discussion programme The Forum, along with award-winning authors Eleanor Catton and Yiyun Li and host Bridget Kendall. There is a podcast. (See also the Kate Chisholm's commentary in The Spectator.)

On February 19, 2014, I delivered a lecture titled "The Slow Murmur of Learning: Honoring Substance and Solitude in Education." This event was part of the lecture series "'Civil' Society? On the Future Prospects of Meaningful Dialogue," hosted by the University of Florida's Center for the Humanities and the Public Sphere. An article about the lecture appeared in the Gainesville Sun.

On October 11, 2013, in St. Louis, I spoke (and took part in a panel discussion with Franklin "Buzz" Spector and Hugh Dubberly) at the Annual Meeting of the National Association of Schools of Art and Design. Read the text of the speech.

I was interviewed by Judith Regan (SiriusXM Stars) on Saturday, April 27, at 11:30 a.m. (Podcast available by subscription or free trial.)

On Friday, February 22, 2013, I was interviewed by Leah Wescott, editor-in-chief of The Cronk of Higher Education. Download the podcast.

I gave the principal address, "Measure Against Measure: Responsibility Versus Accountability in Education," at the 2012 Annual Meeting of the National Association of Schools of Music, San Diego, November 19, 2012.

On August 22, 2012, I spoke to faculty at Georgetown Visitation Preparatory School. These teachers read Republic of Noise for a summer seminar, led by English teacher Stella Schindler, on "Silence and Solitude in the 21st Century." After the talk, each seminar participant gave a presentation on something related to the book; topics ranged from mathematics to icon-painting to gardening.

I was interviewed by Bill Newman on WHMP (Northampton, MA), March 1, 2012. With Reverend Peter Ives and Rabbi Justin David. (Interview begins at 37:40 in the podcast.)

I spoke about my book and about the purpose of education at the Education Forum of the Dallas Institute of Humanities and Culture on February 17, 2012.

In December 2011, I was interviewed by Alice Karekezi at Salon about my new book, Republic of Noise.

I delivered two Hiett Prize lectures on October 26. Listen to the luncheon lecture, "Inside the Tricky Topic of Solitude."

I was interviewed by Krys Boyd on the KERA talk show "Think" on Tuesday, October 25. Listen to the podcast.

I discussed my book in an interview with the Dallas Morning News, October 22, 2011.

On May 26, 2011, I gave presentations to principals and teachers in a network of public schools in New York City. Lively discussions followed.

Letters to the Editor

Recorded a cover of of Cz.K. Sebő's song "Out of pressure,", from his 2015 EP The masked undressed.

Performed my cello/voice cover of the Hungarian song "Maradok ember" (by 1LIFE; lyrics by Marcell Bajnai) in a short concert at school. Here is a video of the concert highlights. Also, here is an excerpt from a performance of the same cover at the Dallas Institute of Humanities and Culture in July 2019.

Played cello (both the plucked and bowed parts) on the song "Though the Light Seem Small" by Art of Flying.

Self-released an album of songs in 2000. (You can listen to the songs on YouTube.)

Contributed lyrics to the Breeders' song "Head to Toe." 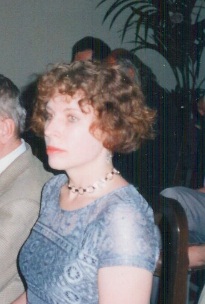